Most modern plastic is synthetic material produced from fossil fuel.

Celluloid was invented in the late 19th century by chemical modification of cellulose, but Bakelite was the first completely synthetic polymer, first made in 1906 from phenol and formaldehyde.   These found many uses, including in the growing film industry, and applications in automotive and aircraft development and the radio industry.   After the 2nd World War with the boom in petroleum production, the petrochemical industry began to focus attention on the possibility that by products of petroleum processing could be used to develop more versatile materials such as nylon (polyamide), PVC (polyvinyl chloride) and PET (polyethylene).    If global annual primary plastic production were to continue on its historic growth trend, it would reach 1.1 billion tonnes in 2050 (Geyer R, in Letcher book).

About 8% of the world’s oil production is used to produce plastic, including the energy needed in manufacture.   The World Economic Forum (ref) have indicated that with reducing dependence on fossil fuel for energy and transport to comply with carbon reduction targets, alongside continuing increase of plastic production, this figure is expected to rise to about 20% by 2050.

There is a large variety of polymers, but eight of them make up 95% of all primary plastics ever made;  this was over nine billion metric tonnes by the end of 2017, of which 7 billion tonnes have gone to waste.  It is estimated that 10% of this have been recycled, 14% were incinerated, while the remaining 76% are in landfills, dumps, or the natural environment.

Thermoset plastics are different and cannot be remelted and reformed:  when they are heated they form new 3-d networks, but this involves a chemical change which is irreversible, and reduces the potential for recycling.  Such materials are polyurethanes (PUR), unsaturated polyester, silicone, and epoxy, melamine, phenolic, and acrylic resins.

Both types of plastics can be combined with other materials to form composite materials  such as glass or carbon fibre reinforced polymers (GFRP or CFRP).  These are widely used in construction and engineering applications.

Apart from fossil fuel-based plastics there is a growing category of plastic, known as bioplastic or bio-based plastic,  for which the carbon source is not fossil fuel but  more recently grown biomass such as corn or sugarcane.   These still often depend on fossil fuel as an energy source for manufacture.  Despite a widely-held perception that they are biodegradable, some of these are chemically identical to those produced from fossil fuels and are therefore not biodegradable.  For others, the extent to which they can be biodegraded into basic constituents will depend on the bacteria present and other conditions such as moisture and temperature so may need specialised facilities.

Most plastics contain, in addition to the basic polymer, additional chemicals which are used to enhance or modify the properties and functionality of the finished material.  These may be released into the atmosphere during manufacture or more slowly during the life of the product as well as during degradation or recycling. 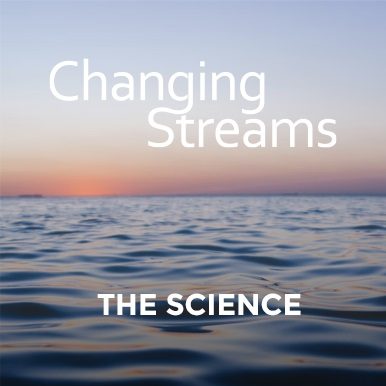 In the development and expansion of the applications for new plastic materials, very little attention was given to the issue of what would happen...

As mentioned elsewhere, not all plastic can be recycled into the same type of products that it originated from.  Thermoplastics, which melt when heated...